Stay on Message to Win Buy-In

Imagine this: Seeking buy-in for your new product or process proposal at work, you pick on one raised hand around the conference table for a question. The person — whom you know has deep, specialized knowledge in his area — asks a detailed question. You have done your homework, and so you answer it using the specifics of the example he has used. Then he asks a follow-up. And another. And another. Each time, he nitpicks a specific part of your response, saying something to the effect of, “I see where you’re going with that, but here are the eighteen problems with it; it’s not your fault, you just don’t know the specifics of this situation like I do.” 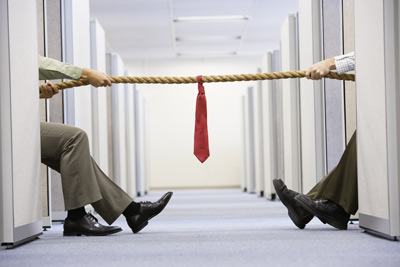 After several rounds of questioning, and several exhaustively thorough, direct answers on your part, he remains unconvinced. He continues, repeatedly pointing out, “But another thing I don’t think you’re considering is…” and so on. Looking around the room, you’re alarmed to see that people have tuned out — and some have even dozed off.

We’ve all probably seen similar situations. Well, there is a lesson here for achieving buy-in: while it’s important to respect each person in the group, it is just as important to stay focused and keep the conversation and line of questioning in your own territory, where you feel more comfortable and know the relevant facts better. Stay on message. And don’t let the focus shift to the attacker and his or her attack.

When facing resistance to your proposal, it may seem natural to zero in on each attack and address it at length so as to dispel it. This is a mistake. Whatever the attack — whether an anecdote, or anobscure data point — odds are that the attacker knows the specifics far better than you. A lengthy answer and a few follow-ups on the subject will likely (and unfairly) make you seem uninformed or underprepared, undermining your credibility with your broader audience. I am not suggesting that you dodge questions. But I am suggesting that you address them directly, simply, and quickly, and move on. Do not let yourself become bogged down in the minutiae of someone else’s argument.

Which brings me to a larger point: be careful not to craft your answers to respond too exclusively to an individual attacker, who, for all you know, may be an entrenched ideologue who will not support your idea anyway. Answer instead with the entire audience in mind. I’ve found that most people actually focus a disproportionate amount of time targeting one or two particularly vocal dissenters, and this focus often comes at the expense of more neutral audience members whom they should be targeting. 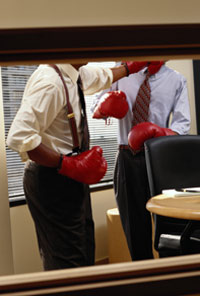 That is why I suggest carefully watching the entire audience; it’s their reactions that are important, not the look of disapproval on the face of one dissenter.

Stay on message. Don’t delve too deeply into single attacks. Don’t forget about your broader audience. This advice is important because a primary tactic of dissenters is confusion. It is easy to cloud the subject, forget what is truly at stake, and lose the merits of a proposal if you lose focus and shift to someone else’s terms. Acknowledge and respect your questioners, but craft your response to each question staying as much as possible in your own “territory” and thinking about the whole audience.

Staying focused and staying on message may just help you save your idea.