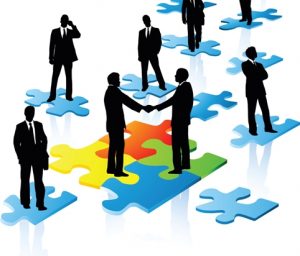 2. During the process: Don’t negotiate against yourself. This is especially true if you don’t fully know the position of the other side. Much is learned about what the other side really wants during the actual negotiation process. Stay firm on your initial set of positions and explain your rationale but don’t give in too early on the points. Wait to better understand which points are more important to the other side.

3. The stalemate: There will often come a point in a negotiation where it feels like there is zero room for either side to budge. Two sides are stuck on their positions and may have lost sight of the overall goals of the negotiation. Emotion may have overtaken logic at this point. If you recognize that you’ve reached this point, see if you can give in to the other side on their issue in exchange for an unrelated point that is relatively more important to you. An example helps clarify: during a friend’s recent car purchase he negotiated the price to a level that the dealer did not want to move any more. My friend was going to leave when he asked if they would do the deal if he took the car price the dealer wanted, but give him a substantial discount on a brake job he needed on his second car. They said yes – likely since the discount on the brake job was an easier give (less profit on a job, but on a job they would not have gotten). Yet there was higher relative value of that discount for my friend who would have had to pay higher on the brake repair elsewhere. Bottom line – there is usually negotiation currency outside of the last area you are focused on negotiating. Use different “currencies” and you might get there.

4. To close or not to close: My partner John Hamel always reminds me that the uber golden rule of negotiation is to always let someone else walk away. Whether you drive too hard a bargain, cannot reconcile on key terms, or feel that the deal is just too rich for your blood, make the offer you want and let the other side walk if they don’t want it. This is not to say to be offensive or to low ball, but rather to be honest, straightforward on what you are willing to do and explain that you understand if it does not work for them and that it is the best you can do. A great example to end on is how John Hamel recently purchased his new home. He had found a unit in a townhouse complex that he liked and was ready to close on it at price x per square foot. That said, he thought he’d take a shot on a larger and more recently renovated unit by advising that owner (who he knew was interested in selling) that he was going to be accepting a price on the other unit in 24 hours, but would take their unit at an even more aggressive price per square foot if they were interested with an immediate close. Remarkable thing, he ended up with the larger unit and one of the best units in the complex.